A twinning arrangement has existed between the cities of Salzburg and Singida in the East African country of Tanzania since 1984. The expansion to the state level ten years later led to the establishment of the regional cooperation and thus to Salzburg – Singida, Sister Cities and Regional Cooperation.

For many years, the partnership cooperation, which originated from private initiative, has focused on infrastructure projects in the fields of health and education. Numerous school classes, teachers’ offices, teachers’ quarters, rainwater tanks, toilets and health stations and a home for street children have been built. Reforestation, garbage collection points, a large-scale water project together with the European Union (2003) and a bus station with numerous small stores (2009) are other successful projects.

In recent years, the focus has shifted away from infrastructure to direct support for people. Specialist knowledge is imparted in various training courses, and education and further training are supported. Through projects to improve the quality of life, which are increasingly aimed at girls and women, framework conditions are created that open up new perspectives. Infrastructure continues to be an issue and all measures are aligned with the country’s regional and national development strategies in order to contribute to sustainable change in people’s quality of life.

“A city & regional partnership refers to two cities, municipalities or regions with the aim of cultural and economic exchange. International partnerships are also used to exchange experts in the spirit of local Agenda 21 and are seen as a platform to support democratization in states where the rule of law and freedom are not yet considered to have been achieved (“municipal foreign policy”).” 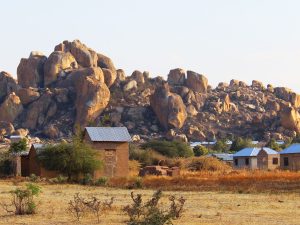 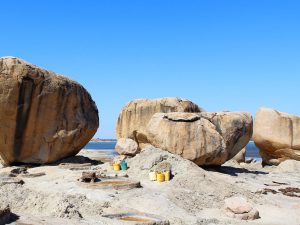 The city of Singida is located in the center of the country at an altitude of 1,500 meters. This central market town in the midst of bizarre granite hills is framed by salty lakes. The two regional capitals Salzburg and Singida are close in terms of population numbers of 150,000 inhabitants. The region of Singida counts about 1.4 million inhabitants and is with 49,340 km2 about seven times the size of the region of Salzburg with 552,614 inhabitants and an area of 7,156 km².

The partner organization in Singida is a small NGO called “Community Initiative Promotion”, CIP. Together with Afesso Ogenga and Violet Shaku project strategies are developed and implementation and evaluation work on a professional level happens. Know-how and commitment on both sides make this cooperation successful.

Until 2008, when CIP was founded, we worked together with CTDF (Community Trust Development Fund) as partner NGO. 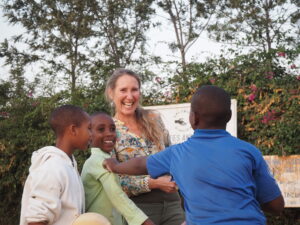 Andrea has been working for Salzburg-Singida since 2011. She gained experience in development cooperation during her eight years as a workshop speaker and director of Südwind Salzburg, during several internships including a street children’s project in Nairobi, and in her studies of intercultural communication and education at the University of Salzburg. As a passionate traveler, she has spent a lot of time in Asia and other countries. Andrea is a member of the development policy advisory board of the province of Salzburg. Her main profession is yoga training leader, yoga teacher, and Conscious Dance Guide: www.andrearainer.com 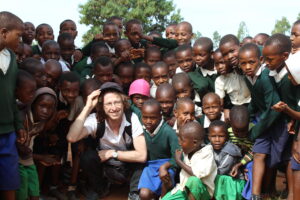 Dieter has been active with Salzburg – Singida since 2014 and has been working full-time in development cooperation and humanitarian aid for over 25 years. He brings his international experience as a consultant in content-related and strategic matters as well as in administrative and financial tasks. Currently, he is mainly supporting regional cooperation and the girls’ hostel. Dieter studied Geography in Innsbruck, Development Studies in Norwich/England and did his PhD in Communication Science in Salzburg on the topic of participation and empowerment. 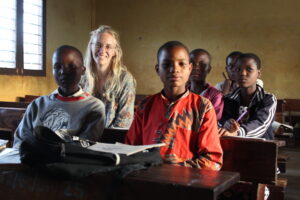 Luzia has been with Salzburg-Singida since 2022. A trip to Uganda sparked her interest in development cooperation. During her studies in Global Project and Change Management in the Netherlands and various internships at EZA Fairer Handel in Köstendorf/Salzburg, World Fair Trade Organisation in Brussels/Belgium, and a human rights organization in Quezon City/Philippines she was able to gain experience in project work. 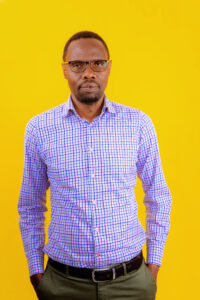 Afesso joined CIP (Community Initiative Promotion) in 2012 and Upendo Home in 2013. He has more than 10 years of experience in managing development programs and non-governmental organizations. He has a BA in Theology with a minor in Development Studies, a master’s in Community Economic Development, and a Certificate in Community Development.

“From my experience working with the most vulnerable children, I have learned that children need love, guidance, and opportunity to explore their immediate surroundings. It is my desire to put a big smile on the face of every child. And for that matter, I strive to make Upendo home a better home for all children.” 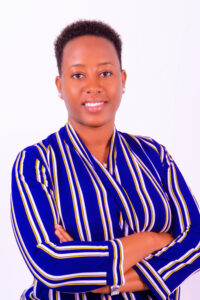 Violet is a graduate of the University of Dodoma where she graduated with a Degree in Project Planning Management and Community Development. She is now doing a master’s in monitoring and evaluation. Violet joined CIP in April 2017. Before she was volunteering to teach at Musoma Community Development College.

“A large part of my work is with women, young girls, and children who are especially vulnerable. I have always enjoyed helping young women realize their full potential, help them focus on positive changes, shape their stories academically to live up to their dreams, and determine their future.”

You can find the Upendo-Home Team here!

Eva Schröcksnadel – Mama Eva – was the driving force and soul of the association until her death in 2004. She traveled to Singida at least once a year. Together with the Tanzanian partner Amos Maliwa (deceased in 2011) she was committed to the people in Singida. Her seemingly inexhaustible labor and her love for Africa sustained and advanced the twinning for 20 years.

After the death of Mama Eva, her daughter Judith Schröcksnadel, first as a board member and then for more than 12 years as office manager, accompanied Salzburg – Singida into a new phase of development. In 2019 she finished her work as office manager and is a member of the board.

Other founding members were Ilse Hanak, who has been committed to the women of Africa her entire life, Herta Fuchslechner, former nurse and world traveler, who has been actively involved from the beginning until today, and Vera Müller, who was involved until her death in 2015.

The artist painter Wilhelm Kaufmann, (1901-1999), initiator and co-founder of the Sister Cities Salzburg – Singida, spent a lot of time in Africa (Togo, Gabon, Lomé) in the 1960s. Together with his partner, Lotte Gerhold, he repeatedly lived several months in the jungle hospital of Dr. Albert Schweitzer. In the year 1989 he visited Tanzania at the age of 88 together with his partner and his daughter Eva. His deep connection with the people and the beauty of Africa is sensible in his pictures.